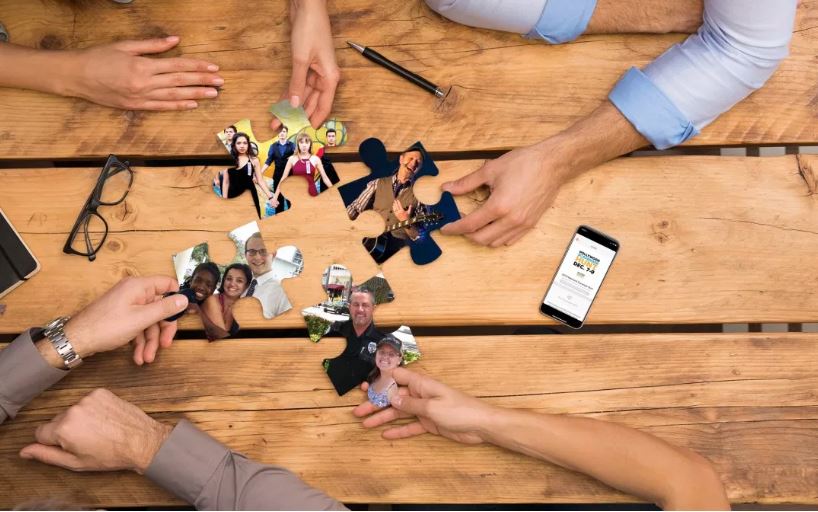 John Lennon was 16 when he met Paul McCartney.  John’s band, “The Quarrymen” was playing at a church fair in Liverpool. The story goes that at the gig, a mutual friend introduced Paul to John and the two both played music later in the day with John’s band.

The pair was mutually impressed with each other. Their desires were similar, as was their love of music. Their styles and abilities were different. Complimentary.  In short order, it was apparent to John, just how talented Paul was.  And John, as angst-ridden and ego-centric a teen as any, still had the self-awareness, the insight to invite Paul to join him in the band. To share the stage, share their future glory, do the work and equally share ALL writing credit moving forward.  A new band was in the works, and soon “The Quarrymen” would be nothing more than an answer to a trivia question.

You know the story here, and it won’t be complicated for you to figure out the thrust of this column.

Nearly every culture-shifting product introduced to the marketplace, nearly every cure created to defeat a major illness, nearly every innovative service that becomes available to address a community malady, and yes…the vast majority of #1 songs, spanning popular music from Motown, to Rock, to Broadway and Country… have been the result of collaboration.

In Hollywood, a town bursting with creativity, and a community very enthusiastic about finally busting out from under the shadows of big brother and sister cities, Miami and Ft. Lauderdale, collaboration between individuals, between non-profits, and between the public and private sectors is the secret ingredient to sustainably, and finally pushing our community forward to where it needs and deserves to be.

When you look at the growth of The Yellow Green Market, or the condos rising up in the downtown areas you can see, taste and touch, the tangibility of collaboration.
When you see the worlds largest guitar-shaped building taking form right here in Hollywood…you’ll see a common thread. Collaboration.

Here, state and local governments, the Seminole Tribe, and The Hard Rock Company, all game (oops came) together. Equally, if not more impressive is the cooperative formed by the eight architectural firms sharing their resources, experiences and designs to bring this project to fruition. These firms might typically be competitors.

This project will create jobs, grow tourism, and increase local tax revenue. Some of these dollars will become increased contributions to benefit our schools.

The point of this column will be to remind each one of you of that which you already know. As thinkers, doers and community leaders you understand that collaboration and strategic planning lead to success, whatever one’s definition of that word is. Let’s call it “measurable community improvement.”

Remember all boats rise, when players get together on any project. More voices at the table. Good ideas becoming great.

Every month, we’ll end with a call to action in this space. So read to the end and collaborate with us!

In the coming months you’ll learn more about this year’s Hollywood Scavenger Hunt, which begins on December 7th. We’re calling this year’s search “The Hunt for Good,” and it will weave together our community, businesses, and non-profits in truly harmonious fashion.

Every year the hunt gets better and this year there will definitely be some cool surprises. Mark your calendar for the free, family-friendly kick-off event Dec. 6 at the Hollywood Jaycee Hall. The BEST part, is that simply by getting together to have some fun, the local community will benefit in multiple ways, on a multitude of projects. Imagine that!

The Hollywood Scavenger Hunt is designed to inspire participants to learn about Hollywood, Florida while having fun, meeting new people and making lifelong memories.

So, as soon as you’re done reading, and I mean…now, take a minute to download the free app “SCAVIFY” from the iOs app store or the Google Play store, search for the Hollywood Scavenger Hunt and create a team name for yourself so you’re ready to hit the ground running.

Find the orignal article at https://hollywoodscavengerhunt.com/all-together-now-the-art-science-of-collaboration/.

All together now, get to it.